The Arduino Mousecatcher is a quick project I put together to learn some of the basics of working with Arduino, and to assist in the relocation of a little gray rodent I've seen darting around the baseboard in my bedroom.

It was built with an Arduino, a servo, and miscellaneous things I had laying around. The main body of the trap is made from two plastic Tupperware type containers. When the mouse enters the lower container to scope out the cheese and breadsticks I have in there, a small tripwire signals the Arduino to activate the servo. The servo has a string attached to it, which pulls a pin and allows the weighted upper plastic container to drop, effectively sealing the little invader and allowing me to humanely deposit it outside. 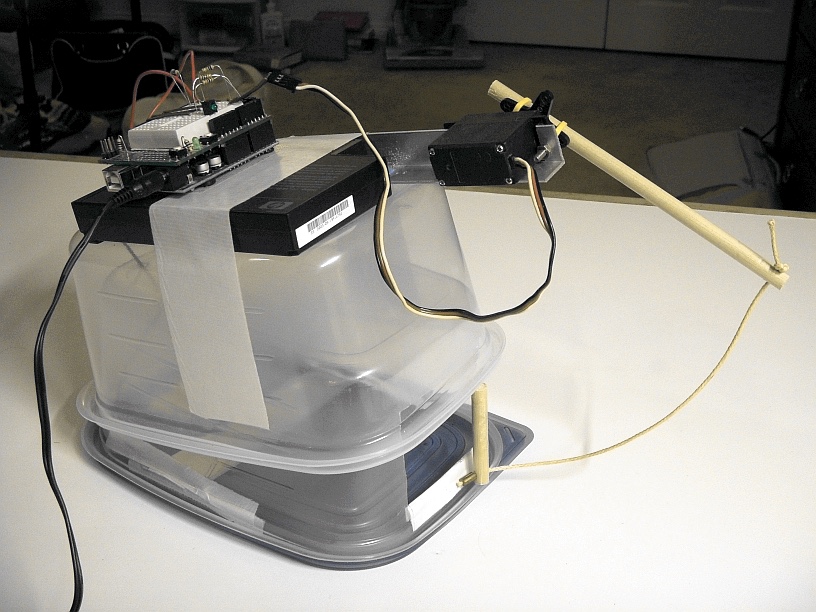 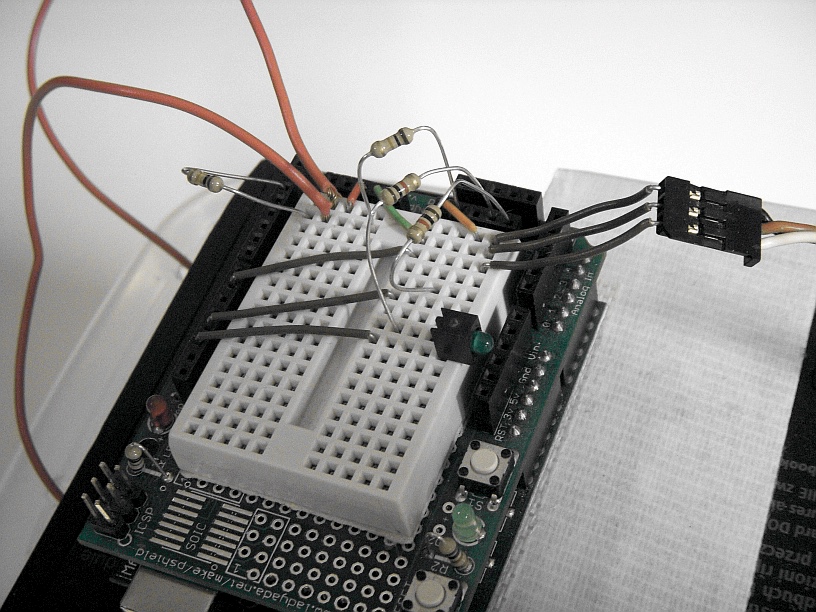 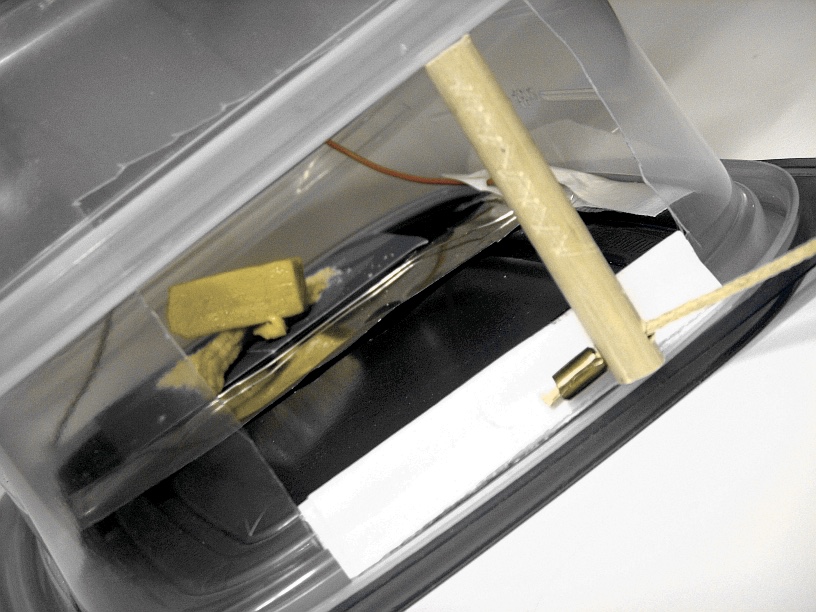 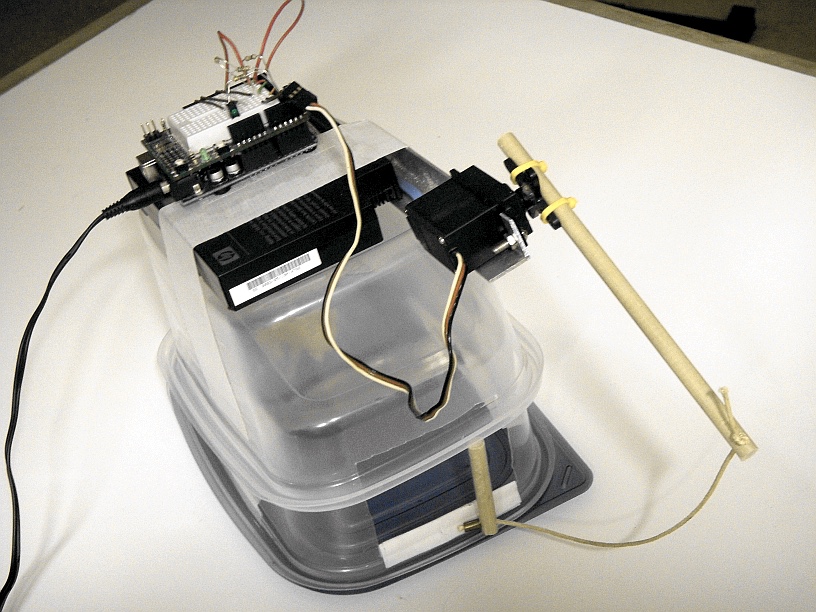 The trip wire is made from a flat piece of tin and a piece of small-gauge wire. The wire hovers over the tin by a fraction of an inch, and the slightest pressure forces it down to make a connection. It's just a super-sensitive homemade switch.

The code is really simple; really not much more than an adaption of the Servo code that can be found in the Arduino examples.

I've got the trap situated in the corner I've seen the mouse poking around... now it's just a matter of time.